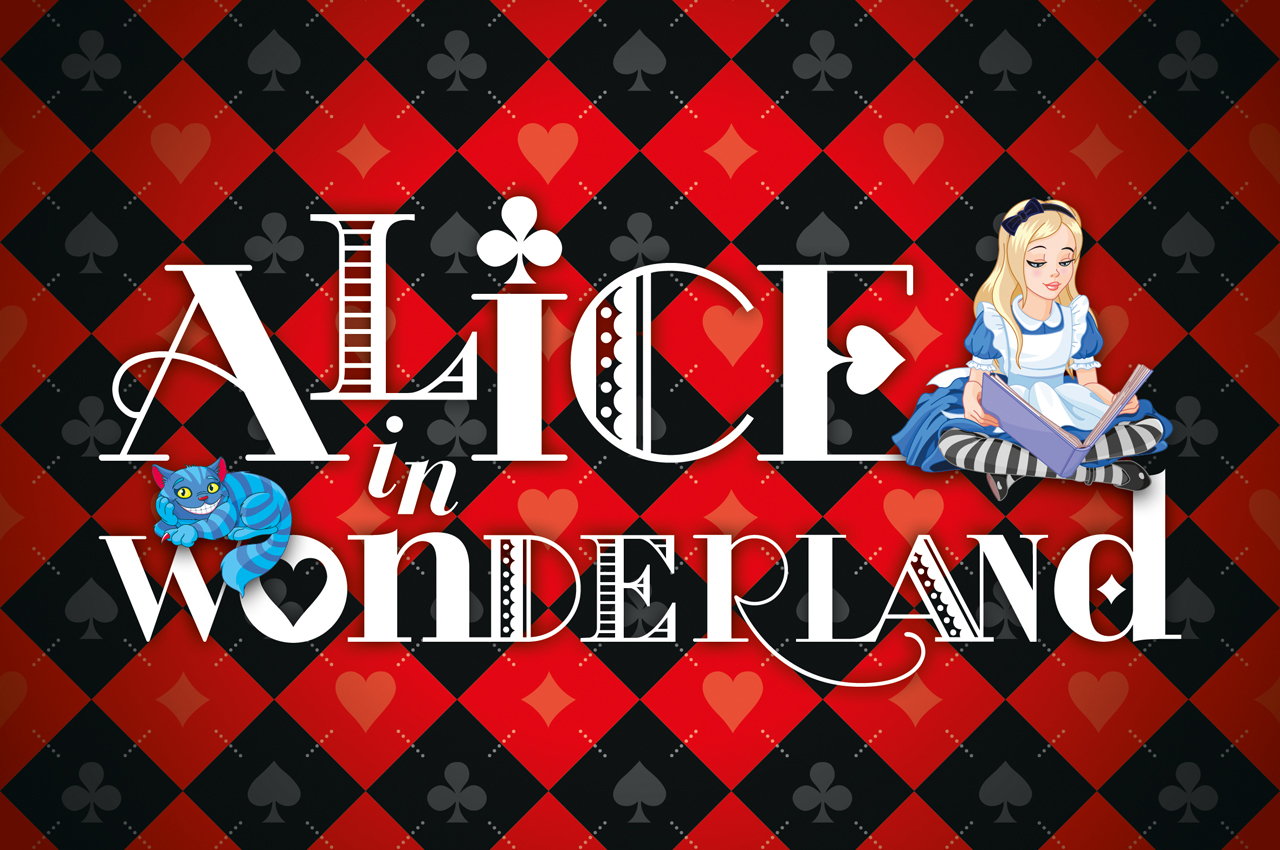 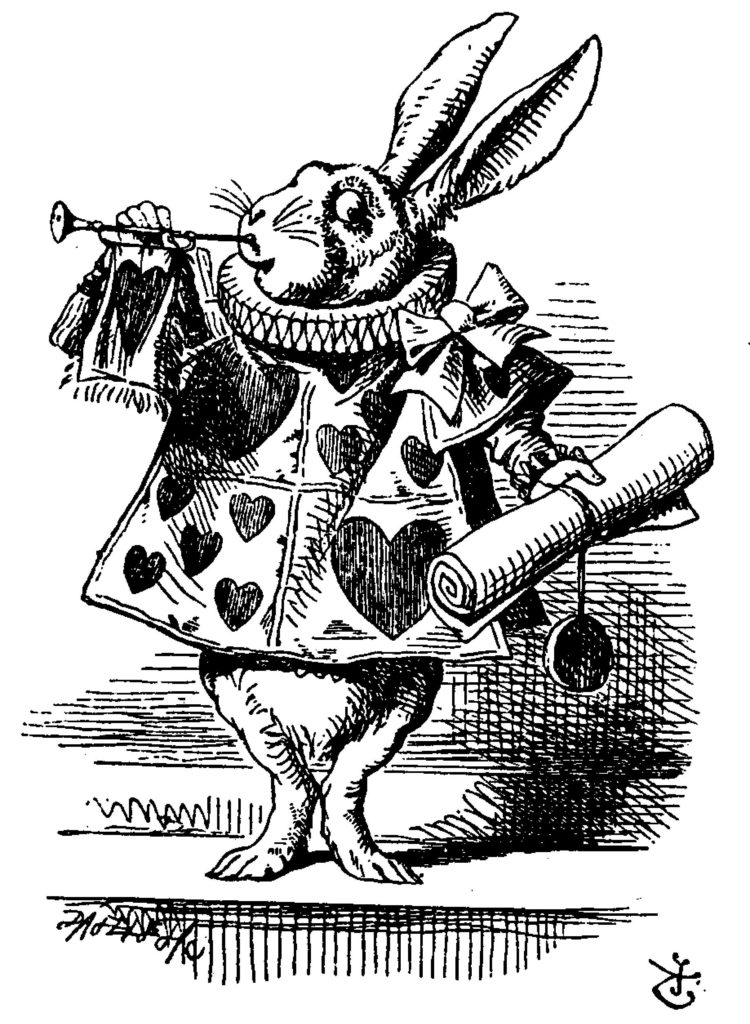 Travel down the rabbit hole and join Alice, one of literature’s most beloved heroines, in her madcap adventures.  Featuring updated songs from Disney’s thrilling animated motion picture, Disney’s Alice in Wonderland JR. is a fast-paced take on the classic tale.

The ever-curious Alice’s journey begins innocently enough as she chases the White Rabbit.  Her adventures become increasingly more strange as she races the Dodo Bird, gets tied up with Tweedle Dee and Tweedle Dum, raps with a bubble-blowing Caterpillar and beats the Queen of Hearts at her own game!

Roles are plentiful, including three Cheshire Cats and dozens of other wonderfully wacky characters, providing plentiful opportunities to showcase students of all different musical skill levels. A chorus of kids playing in the park, rock lobsters, talking fish, royal cards-men, unbirthday partiers, as well as a group of mean-girl flowers, allows for a highly expandable cast size.

On a perfect summer day in the park, Alice sees a White Rabbit hurrying by. Curious to know where he is going, Alice follows him into the dark tunnel, thus beginning her adventure. After the Doorknob counsels Alice to drink from a bottle then eat a cookie, Alice shrinks, thus allowing her to fit through a keyhole, beginning her adventures with the Wonderland creatures. The White Rabbit leads Alice into twin jabbering clowns, Tweedle Dee and Tweedle Dum, who teach her some manners. Then, she plays a wild game of musical chairs at the Mad Hatter's tea party. Following the advice of the Cheshire Cat, she ends up at the Mad Hatter's tea part along with the evil Queen of Hearts. Waking up, Alice realizes the entire story has been a dream! 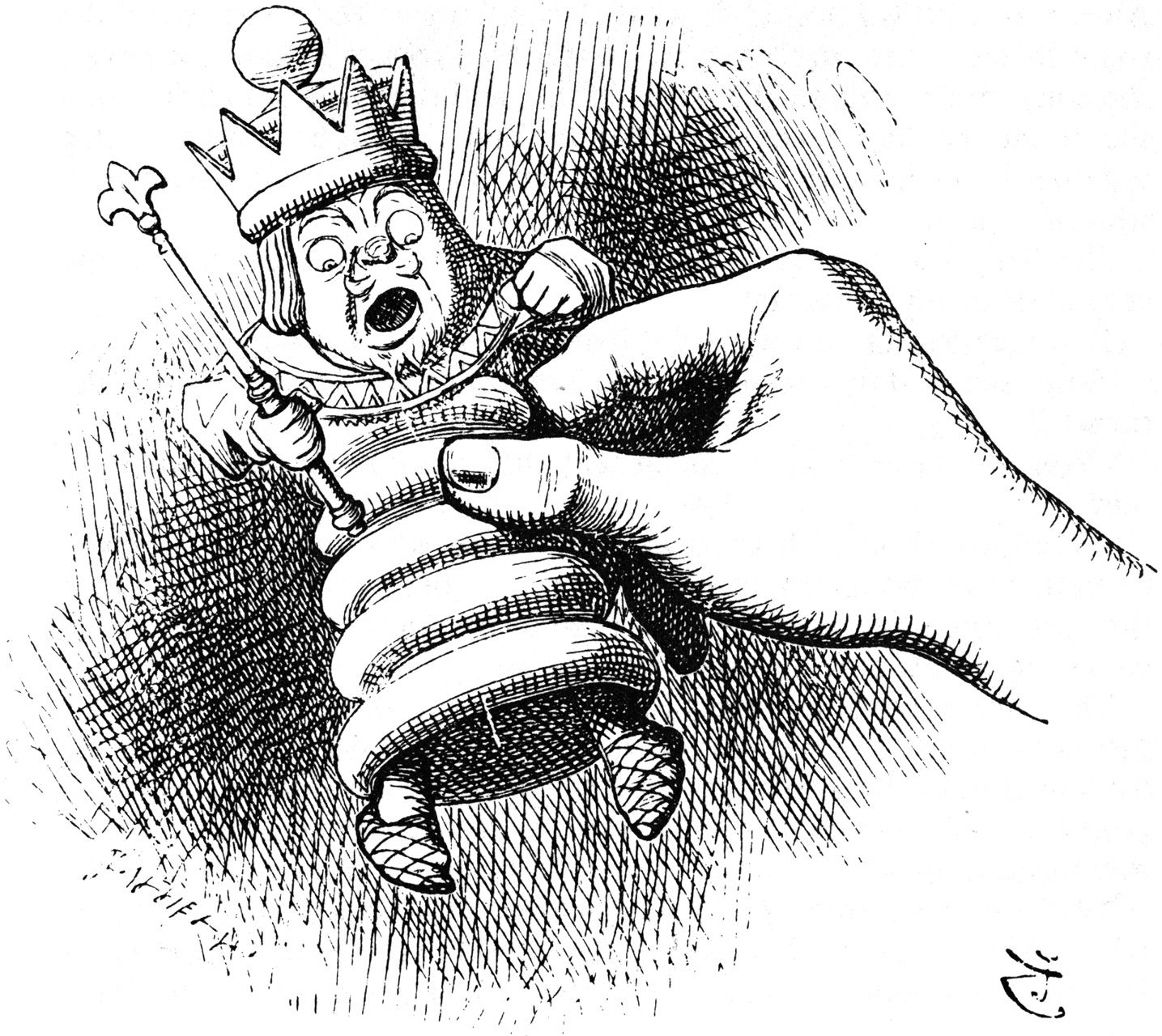 Final Tuition Payments must be made in one payment within the first two weeks of the program. We do offer some financial assistance to those who need it (see below) and we can offer a payment plan for those who require that as well.

If you have any questions about this please do contact us.

If you require financial assistance please print out the application below. There are no guarantees and all applications must be received by the first day of the program to be considered. 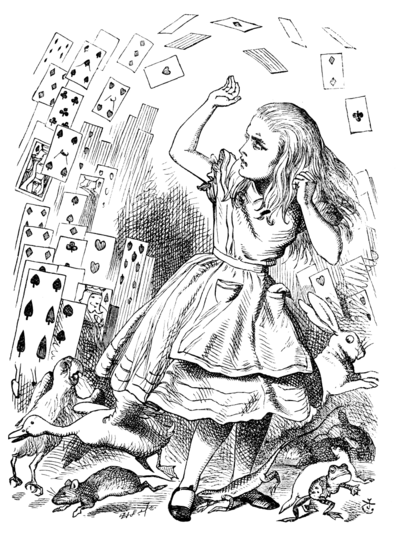 Discover the story of how Lewis Carroll was inspired to create the world of Wonderland.

The story behind Alice’s Adventures in Wonderland begins with the inventive, playful mind of Charles L. Dodgson (the man behind the pen name Lewis Carroll). A natural storyteller, Dodgson delighted in inventing new stories to entertain his friends. One summer’s afternoon in July 1862 Dodgson rowed up the Thames from Oxford to Godstow with his friend Henry George Liddell and Henry’s eldest daughters, Lorina, Alice and Edith.

It was on this ‘golden afternoon’ that Dodgson first dreamt up the story of Alice and her adventures – inspired by the real little Alice Liddell who asked for a story to keep them amused. The Liddell family loved the tale of Alice’s adventures so much that at the end of the day Alice asked Dodgson to write it down. It would take him two and a half years to complete, but from this afternoon of spontaneous storytelling the Alice in Wonderland we know and love was born.

On 19 October 1863 Dodgson was introduced to the publisher Alexander Macmillan in Oxford by Thomas Combe, director of the Clarendon Press and printer to Oxford University. Macmillan had recently published Charles Kingsley’s children’s novel The Water Babies to much acclaim. Realizing a similar potential in Dodgson’s tale, Macmillan agreed to publish it under Dodgson’s pen name, Lewis Carroll, and on a commission basis: Carroll paid for the printing and marketing, while Macmillan was paid a set commission on sales. This was to be the start of a long and successful publishing relationship between the two of them – Macmillan would go on to publish all of Carroll’s books, as well as many works written under his own name on mathematics, geometry and logic.

It was not only Carroll’s wonderful storytelling that captured readers’ imaginations; the illustrations, cleverly incorporated in to the text, brought the story and characters to life and have become part of the book’s cultural phenomenon. They were the work of John Tenniel, a lead cartoonist for the political magazine Punch, whose work Carroll greatly admired. Their collaboration has given us the iconic Alice imagery that remains in our collective consciousness to this day.

To date, Alice’s Adventures in Wonderland has never been out of print and has been translated into at least 176 languages – a story of the timeless joy of pure storytelling, and the mutual passion and vision of author and publisher.